Join Us For Evening of Tai Qi--April 12 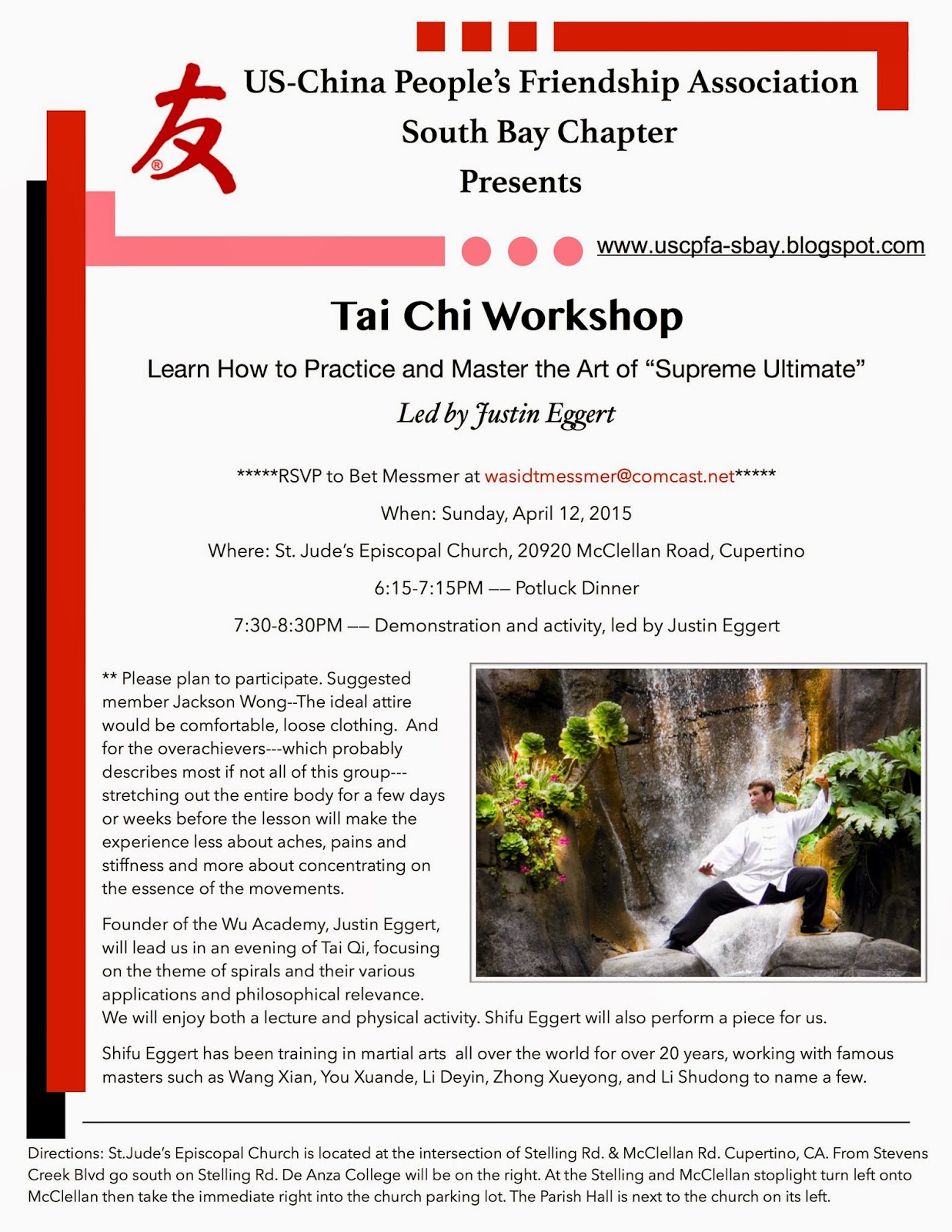 Posted by Jana McBurney-Lin at 9:25 PM No comments:

George Koo Takes His Message on the Road

Past speaker Dr. George Koo has taken his message of friendship on the road. He recently presented his talk "What's in it for America to get along with China?"at the University of Washington.
Said he, "The faculty at the Jackson School of International Studies will include the theme of my presentation as one of the foreign policy projects in the Global Studies Program for the next academic year. The specific plans are under development. I am excited because I see their project, coming from a major school of international studies, as a step in the direction of changing America's conversation about China."
Please visit his blog.
Posted by Jana McBurney-Lin at 7:52 AM No comments: 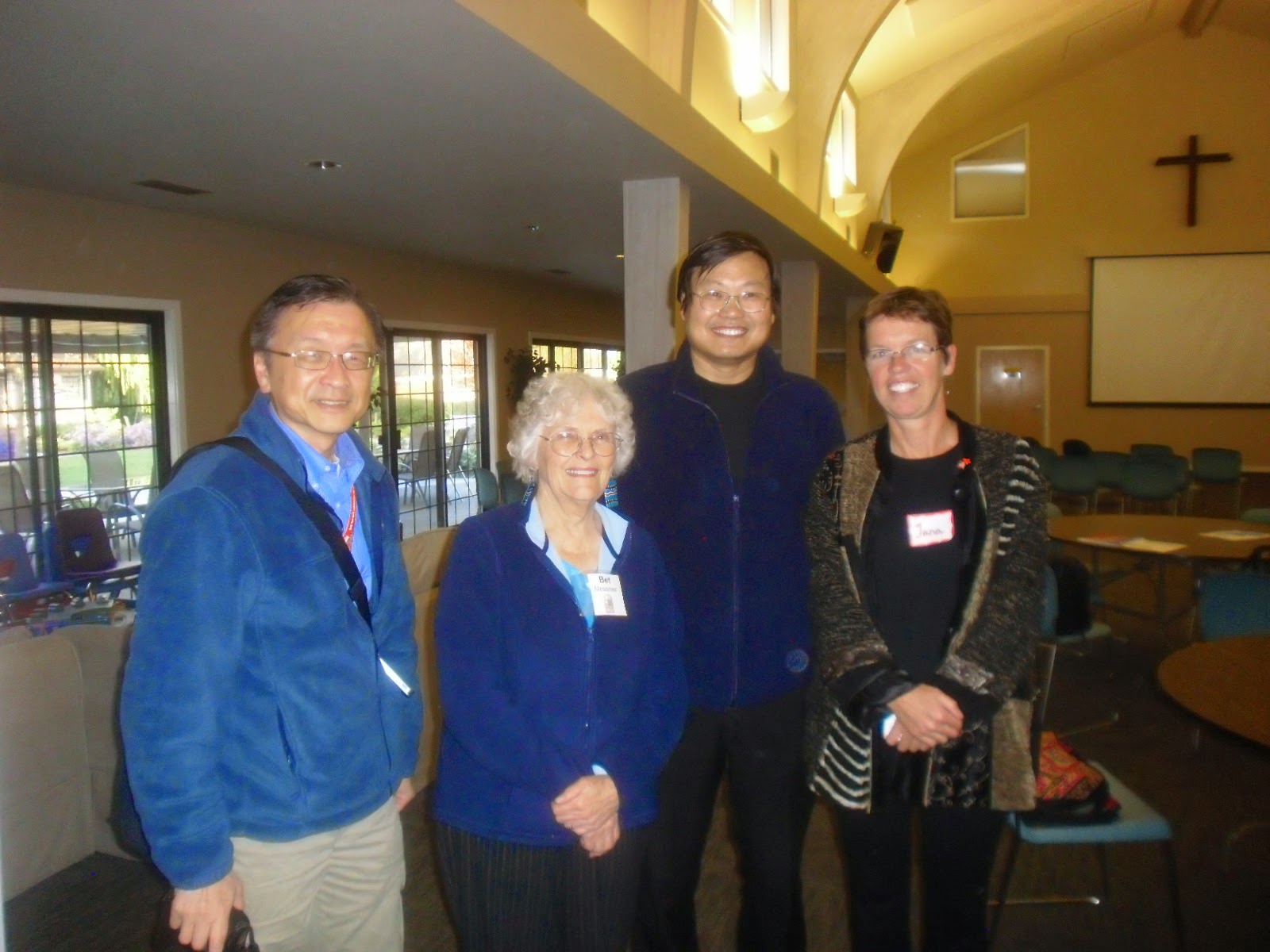 March 22 Jianhua Shu spoke to us about the formation of his Silicon Valley Asian Arts Center. Born in Zhejiang province, Shu followed his engineer wife to Silicon valley in 2000. As Chinese art was his focus of study, he dreamed of opening a gallery---something special, something different. To import Chinese art would be expensive, though, and forgery is always a problem. However, he looked around him. There were many Chinese-American artists. In fact, according to retired Stanford Professor Michael Sullivan, “Many of the most important Chinese painters during the second half of the 20th century lived in America.” 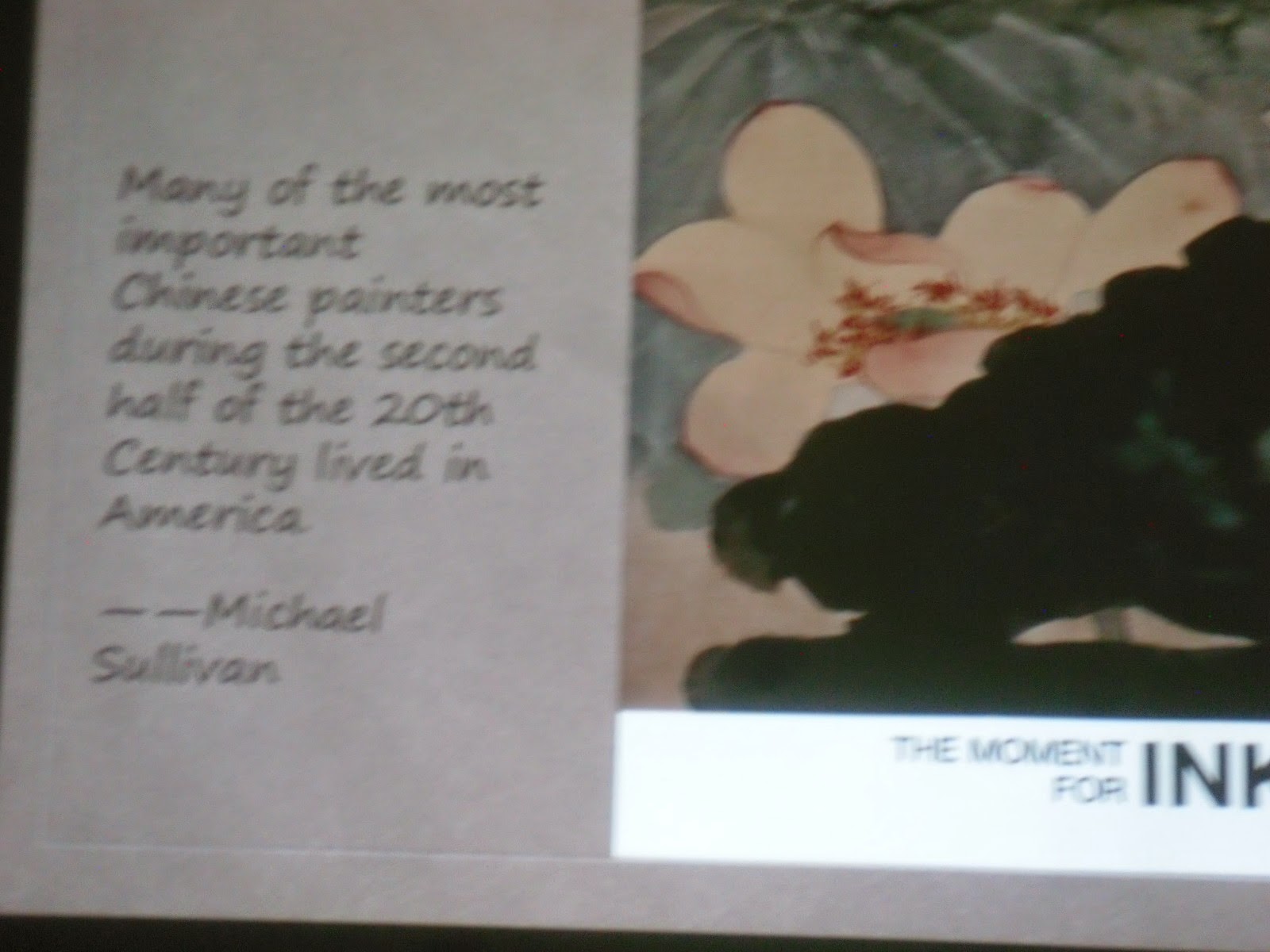 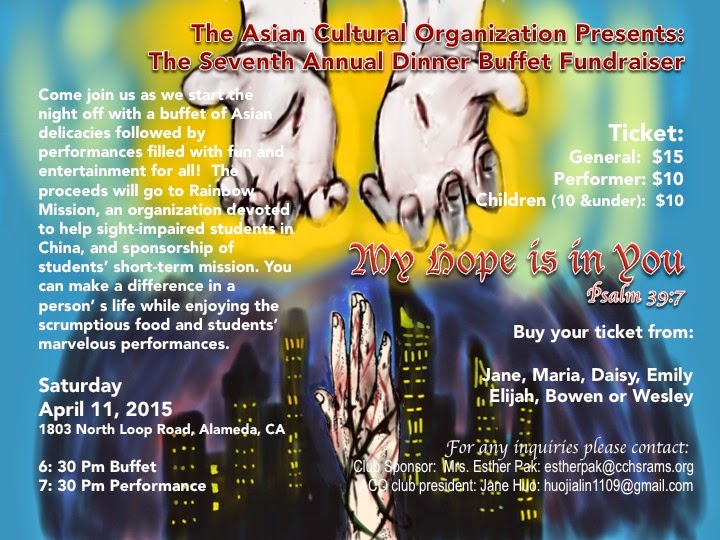 I mentioned that Jackson Wong's article was posted in kungfumagazine.com. That is incorrect. For the full article, please see KungFuMagazine.com.
Posted by Jana McBurney-Lin at 8:01 AM No comments:

USCPFA was formed in 1971, back when China was known as “Red China.” Members then urged President Nixon to make his infamous trip to China in 1972. These early club members were the ones leading people into China at the time, as travel visas were a scarce commodity and the Chinese government trusted USCPFA. Today USCPFA has 35 branches around the country, and holds regular meetings and conferences. While we are no longer needed to lead people into China, our initial purpose—to promote friendship between the US and China—is still as important as ever.
Dr. George Koo, who recalled walking precincts for Anna Eshoo in her first race against Tom Campbell, has been an international advisor to high-tech companies in the U.S., Taiwan, Japan and China for 30 + years. He said that there are four reasons why it is in the US interest to build a strong friendship with China.

1) The US cannot monetarily afford any more enemies.
2) A friendship with China would lead the way to a nuclear-free North Korea.
3) China is building infrastructure all over the place, and could conceivably build a relatively carbon-footprint-free bullet train from Beijing to SF via a tunnel under the Bering Strait.
4) The fourth reason is to escape the Thucydides Trap. According to the Greek historian Thucydides, a rising power will provoke so much fear in a reigning power that it will ultimately lead to conflict between the two. The value of avoiding conflict between the U.S. and China is priceless.

Dr. Koo and John Marienthal expressed concern over the TPP bill. John was nervous about it being fast-tracked, as that way things got missed. Dr. Koo suggested that it was not a serious bill, but an attempt to do the same thing China was doing (and, at the same time, keep China out.)

John Marienthal also mentioned the idea of working with China on Solar Energy. China is in the process of shutting down solar plants, as the market is saturated. Our market is in need of solar products. He would be happy to support any efforts made in this respect.

Retired architect Billy Lee, remembered working with Congresswoman Eshoo when he served on the board of the 1990 Institute. At the 1990 - sponsored forum “US-China Women Leadership Forum on Sustainable Development,” Anna was introduced to Madame Gu Sieulian, then President of the All China Women’s Federation.

Mr. Lee suggested that governments generally do not strive for friendship for friends’ sake. True friendship can only be nurtured through learning about each other with trust and a mutual non sibi attitude.

George Chadwick mentioned past USCPFA speaker Rho Khanna, who stressed the importance of bilateral trade with China. Khanna said US-China trade should be far more open than it is now (with proper intellectual property safeguards). Unfortunately, in Congress a hidebound attitude still prevails as to China.

Mr. Chadwick also felt, in observing the way our chapter successfully reached out to Mainland Chinese students at De Anza College, that it is difficult to offer resources to first-generation Chinese to reduce isolation from the American experience, and to overcome Americans' Cold-War-era prejudices that still cause Mainland China to be called an "enemy" of the U.S. Both Chinese-American voters in the Congresswoman's district, and students from China could benefit from a perception that there are such resources.

Mrs. Jana McBurney-Lin mentioned—on a more personal note—that her background includes 15 years of living overseas (in Japan and Singapore), she’s been married to a man from Fujian, China for over 25 years, and she came to USCPFA in 2008 when her first novel—My Half of the Sky—was published and she was invited as a speaker. She has been actively involved with the group ever since.

While My Half of the Sky is a love story that takes place in Fujian, it also exemplifies the struggle between past and present. This struggle—of how we reconcile tradition with the modern momentum of our world—is a struggle we all face, not only in love, but in everything we do. It is this struggle we must overcome when dealing with China.

We presented Ms. Padilla copies of Mrs. McBurney-Lin's book, The All China Women’s Federation Magazine from China in which Mr. Billy Lee has been published, samples of our national USCPFA quarterly magazine, a prototype of a Friendship Fan Billy will distribute in Washington, and US-China Friendship pins.

We at USCPFA appreciate the opportunity afforded our group to open the dialogue of US-China friendship with Congresswoman Eshoo’s office. We are on hand for questions, or as a support team in this direction.
Posted by Jana McBurney-Lin at 8:00 AM No comments: 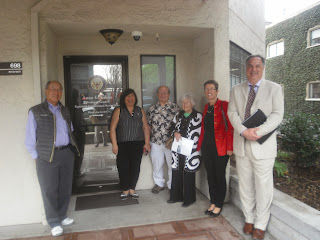